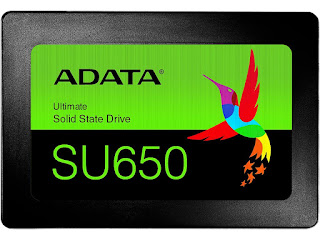 I had a customer that purchased new computers. I had convinced them that upgrading to a solid state drive was the way to go both in terms of performance and reliability.

Well, the installation of the new computers on August 8 appeared to go just fine. However, it's now September 16 and I have made 3 trips to this customer (over 50 miles one-way) and have, so far, replaced 4 out of 6 drives. I'm planning on replacing the other 2 later this week as I do not trust Adata drives any more!

Of course, the drives are covered under warranty, but what about the approximately $1,000.00 in labor and 8 hours of travel time that I've lost. This doesn't even take into account the lost productivity for my customer or the damage to my reputation!

I invite Adata to contact me with a proposal for how they might reimburse me for my troubles, but other than replacing the drives with other ones that I won't trust either, I'm not expecting much.

I've set up numerous computers and have used a variety of brands of solid state drives in the past several years but have NEVER experienced anything like this in my 25+ years in this business.

Bottom line: It doesn't matter how affordable the drive is as your labor is worth much, much more than the cost of the hardware.
Posted by TNRG at 3:04 PM No comments: